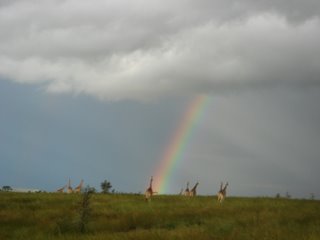 Two weeks in Uganda, unexpectedly, challenged me in all kinds of magical ways. It was intense, raw and everywhere I turned, i found beauty, solace and redemption, no matter what... I just hoped that time would have stood still, in a time warp so we could have been captured and stayed because our lives would never be the same.

As much as we love being home, there is a part of us that has to confront the way Africa changed us. In short, it cannot be put into words. Our families and friends look with amusement and discomfort when we attempt to share what we have seen, touched and absorbed with all our senses. Nothing can do justice to not being there.

But the question frequently asked is "How was Uganda?" Uganda is incredible. It is a land of contradictions and abundant natural resources. It is a fertile ground for self-discovery. It is strong, joyful and resilient. It is full of magic, dance and hope. It burns your insides with every breath, sight and smell. The sun is relentless and the rain is of Biblical proportions. The sky is so vast and theatrical, it is more than one can process at any one time.

Uganda hunts you, it makes your eyes swell with tears, rips your heart and makes you confront all your selfish desires until it breaks you into a million little pieces. Uganda is humblling and it seduces you in the belief that a person can make a difference. Living among Ugandans is finding true friendship, which is not regimented by schedules and money, just dreams.

Uganda is addictive and dangerous. Uganda fills you with suspense and anticipation, that at some point, it will break you at the core and will humble you into submission... Just because people are dignified and truly embrace you with everything they have, and you cannot help but surrender to their allure and acceptance of your broken self.

Ana Escalante just returned from her two-week trip to Uganda, East Africa, to supervise the construction of Esc Arch's first overseas project. An Early Childhood Development Center and Primary School for AIDS orphans. The client is a charity called Aim for the Restoration of Hope-Uganda (AROH). Ana along with Alan Locke from IBE Consulting Engineers, Ronald Muggabi director of AROH and Terra Moore, a volunteer from AROH broke ground and assisted the contractor in starting the construction of the project. The first two classrooms are expected to be completed by the end of January, and Marco Garcia will be travelling to Uganda in a few weeks to supervise the construction of the project.

Today, at a close session, College of the Desert approved our design for the conversion of the former aquatic center into a student covered plaza and information center. Thanks to Tim and Ana who were persistent in developing a viable scheme and a responsive relationship with the Client's representatives. We hope, that this is the beginning of a mutually beneficial relationship for Esc Arch and the college for many years to come.